Have you ever wanted to create and run your own server for your favorite games? For many, this is a daunting task, requiring patience, skill, and perseverance. If you read these 4 steps, you’ll be on your way to making your very own gameserver.

If you’re new to renting from a server host, you might be tempted to order from the cheapest available host. However, doing so is often the downfall of many potentially great communities. Cheap hosts can be attacked by malicious users, have low-quality servers, or even disappear overnight. 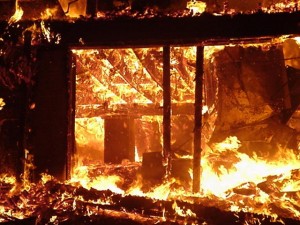 Like this, only full of servers with your data on them.

It’s important to set a budget when choosing a host. If you get a host that’s too expensive, you won’t be able to sustain your server at first. On the other hand, if you choose a super cheap host, you’ll likely run into performance issues. It’s a smart thing to shop around a little, getting an idea of which host is the right one for your server.

Step 2: Select a game that you will enjoy.

Trying to start a server without anybody to play on it is like trying to light a candle that has no wick. In order to grow your server’s popularity, you will need to play on and manage your server; nobody wants to join an empty server and play by themselves for hours – unless you have very good friends to do it for you.

At first, you might have to stay in your server for hours on end without having anybody new join. This is perfectly normal, since you don’t have a community built around your server yet. You have to entertain anybody who joins so that they become regulars.

Staying on an empty server for a long time might sound boring, so inviting a friend or two to play with you while you wait may help. Having more than one person on the server will cause it to look more populated, and most people enjoy joining populated servers.

Step 3: Appoint the right people to watch your users.

Giving an abusive player the ability to punish other players will always lead to a disgruntled userbase, and eventually lead to your server becoming more and more barren. To avoid that abysmal fate, only give those abilities to a select few.

Similarly, if you act like a tyrant to your loyal citizens, you will soon lose their loyalty. Balance is of the utmost importance when managing your community. Follow the rules, and punish those who break them, but don’t punish them too harshly. Have clear punishments that leave no room for argument, but do so without resorting to screaming at them in utter rage.

Step 4: Bring something new and exciting to the table.

Users won’t flock to your server without a reason to. If you’re running a server with nothing modified, your potential users might as well just make their own servers. Turning your server into something unique is what will make-or-break your server, unless you are extremely lucky.

Take, for example, some pretend restaurants. If one restaurant has a bacon cheeseburger, chili dog, and sells beer on tap, why would anybody want to go to the other restaurants that just have normal cheeseburgers, hot dogs, and water? Most folk will go to the more exciting and unique restaurant, leaving the plain ones behind in the dust.

I know which one I’d run to in my time of need.

This same principle applies to nearly everything, and especially so to servers. If you can’t add something new and exciting to your server, be it a fancy noise when people get a “headshot” or a sweet minigame system, you won’t receive the traffic you may deserve.

That’s that! With those four easy steps, you’re on your way to forming and maintaining a server for your favorite game. With hard work and a pinch of luck, you’ll have a vast community of loyal players in no time at all.

And, of course, have fun. Never forget the reason you made the server in the first place!