AllGamer Blog > Servers > Why You Need a Fast Minecraft Server

Slow Minecraft servers are no good. You might not realize it at first, but if your server is slow, you’re driving away users that you definitely want to keep. By the end of this article, you’ll understand why a fast server matters, some common causes for slowness, and a couple of tips to improve the speed of your server.

When a player joins your server, they won’t care what you have to offer if they can’t enjoy it properly. Objects teleporting around, blocks disappearing seemingly randomly, and super-delayed chat are all deterrents to otherwise loyal players, and as server owner, it’s on you to fix it; nobody wants to play on a slow server with a lazy owner. 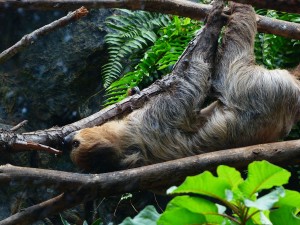 I wouldn’t trust this guy to run MY server!

The only type of gameplay where a slow server doesn’t matter is a casual, no-enemies creative server, and those are a dime a dozen. Anything unique you bring to the table, be it a capture-the-flag style gamemode or a massive player-versus-player game, the experience will be ruined if your server’s hardware is not up to snuff. But first, you need to figure out what’s causing the problem, otherwise you’ll be clueless.

The plugins you have installed may be out-of-date or broken. The first thing you should check for when your server starts acting slow is errors in your server’s console. If a plugin is broken, it could be accidentally doing the wrong thing thousands of times per second- which generally results in your server slowing to a snail’s pace.

The solution, of course, is to remove the offending plugins. You’ll need to find alternatives if that plugin was required, and sometimes that can be difficult. Unfortunately, in this case there is rarely a way around removing the plugin.

Your server might not have enough RAM allocated for the amount of players you have. If you’re running a 50-person server on 1GB of RAM, you are going to have a bad time. A lot of people- and overselling server hosts -will set the allocated RAM to a small amount and set the player limit to a high amount. 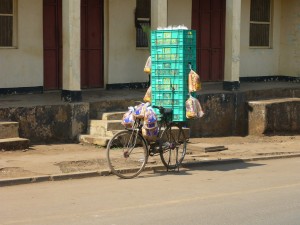 Imagine the bike is a server, in some abstract kind of way.

The solution is, usually, to increase the amount of RAM the server is using or reduce the player limit. Here is a handy web-based tool that will give you a rough estimate of how many players your server will be able to handle.

You might be too far away from your server. Connecting to a server in Australia from the UK, for example, will result in a horrendous gameplay experience. Sometimes people choose to rent from a faraway host because it’s cheaper, but the connection time between the two locations can be detrimental to the purpose. You can check to see if this is the issue by opening up “cmd” on Windows, or a terminal on Linux or Mac OS, and running the ping command.

You can replace “THE_IP” with the IP address that your host has given you. The command will spit out some numbers (and some other stuff, too), and those numbers are how long it takes for it to send a message to the IP and back. You’re going to want a number that is around or under 150 for a better experience, the lower the better.

There’s even more you can do to speed up your server! There’s an endless amount of things you could tweak to get your server working the way you want it. 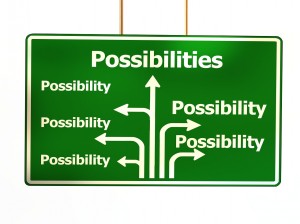 Way too many options to cover here!

Some of those choices are complicated, so we will just focus on the easier and more helpful ones.

Reboot your server once a day. This doesn’t even cross most people’s minds, but restarting your Minecraft server occasionally can help it stay fast. Over time, the server keeps things loaded that take up CPU power and space in RAM, and forcing the server to restart unloads most of those things temporarily.

While not a long-term solution, it will help with responsiveness in the short-term.

Use Spigot instead of Bukkit or vanilla. Spigot is a server software based on Bukkit, with more of a focus on performance. It includes many tweaks that speed up the whole server, including…

And that’s just the tip of the iceberg. You can read more about Spigot here.

Tweak your start-up parameters and configuration. With just a couple of small modifications, you can improve the responsiveness of your server in the long haul.

You could also decrease the “view-distance” configuration key from 10. We don’t suggest lowering it too much, but changing it to 8 or 9 can help with lag tremendously.

Now your server should be running as fast as you need it to. Get out there and show the world your unique and fun Minecraft server, now faster than ever!