AllGamer Blog > Hosting > Why You Should Steer Clear of Free Hosting

The prospect of free hosting may seem like a promising one, but taking the offer up may be more trouble than it’s worth. Before considering signing up for free hosting of any kind, read this article; it may change your mind.

Disclaimer: There are some circumstances where a free host will do just fine. Temporary landing pages, pure HTML websites, or very small dynamic websites. On most free hosts, you will be able to run a small forum for your server, for example. With that in mind, it’s time to see just how deep the imaginary rabbit hole goes.

Free hosts can be slow and unreliable. Most free hosts will offer unintentionally slow services, slowed down by any number of factors. Their servers could be incorrectly configured, they could be suffering from an attack, or the servers could be overloaded with an abundance of users who all jumped on board because they saw the word “free”. 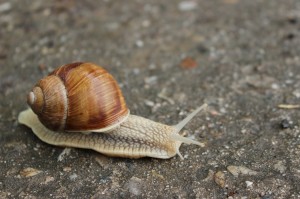 Pictured: A free host in its natural habitat.

Without some sort of entry requirement or resource limit, the host will slow to a snail’s pace. What’s stopping people from uploading a script that tries to do all sorts of hardcore, wacky stuff? Usually nothing.

Generally worse security than paid hosts. With no financial information to take care of, free hosts often feel like they’re at a lower risk of being attacked. They might accidentally flip a switch that allows hackers to gain unrestricted access to their infrastructure, which would put you at risk.

Similarly, the owner of said host might want to misuse the information you give them – perhaps selling the information they have for money. With that sort of motivation, who knows who your private information will be sold to? After all, you wouldn’t want hackers knowing your email address – that would open up a giant can of gross worms.

Too many users could overload the system. Who doesn’t like free stuff? Nobody, that’s who. A free host will be overloaded with users, because everybody wants a slice of that pie. Unfortunately, said pie isn’t big enough for everybody – many people will only get a tiny piece, which definitely won’t bode well when they want huge pieces. 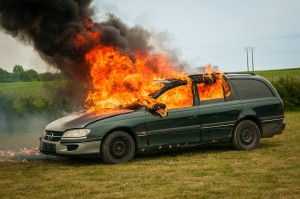 And then this happens.

Newer hosts won’t initially run into this issue, but eventually- probably faster than you would think- they’ll fill right up, due to the promise of free stuff. Like they say in the old western films, this town ain’t big enough for the two of us.

Support can be poor or non-existent. If you run into troubles when using a free host, don’t expect much help; since they’re free, they won’t have the funds to pay a support team to manage any problems their customers have. You’ll have to wait for days, maybe even weeks, for a response from the host. In a worst case scenario, you wouldn’t get a response at all – you’d get told to bug off.

This is especially problematic if you’re running a website for a game server. Your site goes down, so you contact your host to find out what is happening. In the mean time, your users know nothing; they may incorrectly assume that you have given up, and thus leave to find another place to play. All because your host dropped the metaphorical ball. 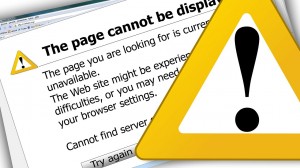 That being said, running something like a static website off of a free host is not a big deal. After all, it doesn’t rely on anything server-side – it just requires a working webserver. If you’re looking for a server just to test your scripts and programs on, you might want to look into running your own virtual machine of Linux, or purchasing a really cheap Linux device, such as the Raspberry Pi.

Ultimately, using a free host is up to you. Now that you’ve read through this article, you’re ready to properly make an educated decision, based on your requirements, on whether or not you want to use a free host for your purpose.